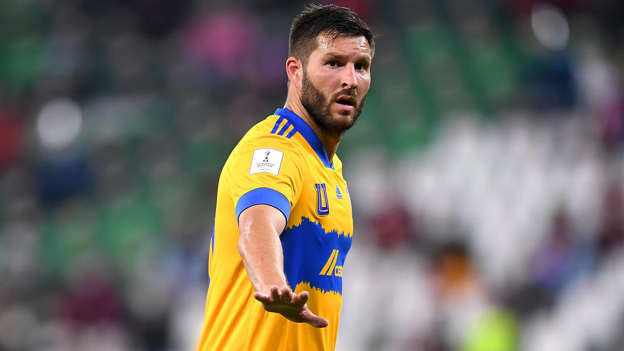 Tigres UANL is scrambling to make the playoffs while Monterrey is fighting to avoid having to play its way into the finals when the rivals square off in El Clasico Regio on Saturday. Host Tigres is in 10th place just two points above missing out on the liguilla, while Monterrey is in fourth place and can earn a spot in the final series if it can hold on. Los Felinos have won the last three meetings between the teams and have had a week to recover after a scoreless draw against Pumas on Sunday. Monterrey suffered a 2-1 loss to Guadalajara on Wednesday.

Kickoff is set for 10 p.m. ET at Estadio Universidad in San Nicolás de los Garza. Monterrey is listed as the slight +155 money-line (risk $100 to win $155) and 0.5-goal favorite in William Hill Sportsbook's latest Monterrey vs. Tigres odds, while the over-under for total goals scored is 2.5. Before locking in any Tigres vs. Monterrey picks, check out the Liga MX predictions from soccer insider Roger Gonzalez.

Gonzalez grew up playing competitive soccer before becoming one of the world's foremost soccer journalists. After covering soccer all over the globe -- a Champions League final in Italy, Copa America, and professional leagues in Argentina -- Gonzalez returned to the U.S. as CBS Sports' top soccer expert.

He has his finger on the pulse of the Mexican league teams, and he nailed all of his predictions in last weekend's El Clasico Joven between Cruz Azul and Club America. That included the 1-1 final score, and anyone who followed his advice cashed huge. His three prop picks paid off at more than $750 for $100 bettors.

Now, Gonzalez has broken down Monterrey vs. Tigres from every angle. You can visit SportsLine now to see his picks. Here are several odds and trends for Tigres vs. Monterrey:

MON: Vincent Jannsen's three goals in the Clausura have come in his last five starts 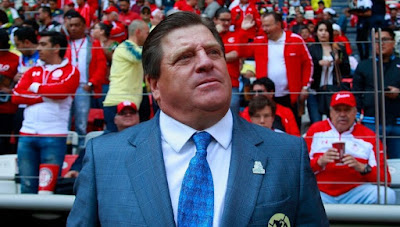 Why you should back Tigres

Los Felinos (5-4-6, 19 points) have outscored Los Rayados 5-0 in the past three meetings and will be clawing to stay in the top 12. Two of their five victories this season have come in the last four matches, and Tigres always has a chance with Andre-Pierre Gignac on its side. The 35-year-old Frenchman is a club legend, and he has 13 goals over the 29 total games of this season. He is the team's all-time leading scorer with 103 goals in 180 starts over six seasons. Nico Lopez has six goals in the Clausura and 12 overall this season.

Tigres fought its way all the way to the Club World Cup final in February, becoming the first Mexican team to get there. It lost 1-0 to European champion Bayern Munich in the title match in Qatar. Gignac had three goals in the tournament and scored six in the CONCACAF Champions League to get there. Tigres has seven players with at least one goal and is second in the league in possession, holding the ball almost 58 percent of the time. Goalkeeper Nahuel Guzman allows less than a goal per game and has 11 clean sheets over 28 matches this season.

Why you should back Monterrey

Los Rayados (7-4-4, 25 points) also will play with desperation on Saturday as they try to avoid having to fight their way into the final playoff. They have a CONCACAF Champions League match against the Columbus Crew on Wednesday and will want to go in with momentum. Monterrey has allowed just 11 goals in the 15 matches, tied for second-fewest in the league, and it faces a Tigres team that has yielded 18 and has a minus-2 goal differential. Los Felinos have given up five goals in their last three matches.

It should be a close match -- there have been five draws in the last 11 meetings -- and goalkeeper Hugo Gonzalez has five clean sheets in the Clausura. Rogelio Funes is the top scorer for Los Rayados, with nine goals in the Clausura and 15 overall to tie for third in Liga MX. Midfielder Maximiliano Meza also plays a key role, putting up four goals and a team-high three assists.

How to make Liga MX picks for Monterrey vs. Tigres

Gonzalez has analyzed this matchup, and he's leaning over the total. He also has locked in on a side pick and a prop that returns more than 8-1. He's only sharing his best bets here.

Liga MX: Miguel Herrera hooks up with a fan on social media and bursts for comparing him with Tuca Ferretti

Miguel Herrera, former coach of Club América, hooked up with a fan on social networks after it was reported in various media that his arrival at the UANL Tigres may be possible, because Ricardo ‘Tuca’ Ferretti will renew with the felines for the next campaign.

The ‘Piojo’ Herrera was furious with the user in networks, since he affirmed that it was believed that he was above America at the time, and therefore his stage ended up failing, like the ‘Tuca’ Ferretti, who apparently it will leave Tigres where the directive considers that its cycle has finished.

Also read: Tigres UANL: The real reason why Ricardo Ferretti will not continue as his coach

“Miguel Herrera and ‘Tuca’ Ferreti, gave titles to América and Tigres, however, derived from it, they literally became chiefs of the teams. It seems to me that both of them at one point believed that THEY were the institution and they lost ground terribly. ”, Said the fan on Twitter.